Electrolift offers custom engineered solutions for all manufacturing applications where quality and reliability are critical to success.

Illinois Electric Works contacted the Electrolift team to help them find a solution to this lifting challenge.

The Challenge: This application had a Shepard Niles hoist installed for many years that provided unreliable service because it was misapplied. The old hoist had a mechanical load brake that was failing at least once a year but the end-user couldn’t afford the cost of a new hoist.

The application is a clamshell that is used to lift trash, debris, and driftwood that floats against a grate on the way into a power plant intake channel. The hoist lifts the load and carries it about 100 feet down river and dumps the load.


The Solution: By using an Electrolift hoist with the Electrolift Worm Gear Advantage, lowering the load isn’t necessary. Both hoists operate in tandem to raise and lower the clamshell bucket, while one of the hoists opens and closes the bucket.

Having three lifting cables traveling so closely together required precise placement of the directional sheaves to avoid any interferences. Additionally, the gearboxes were mounted at different elevations to allow for better cable management.

The application required a very fast lifting speed of 82 feet per minute. To avoid impact issues and excessive brake wear, we supplied variable frequency drives to ramp up to the ultimate speed. The VFD’s also were programmed to synchronize the speed of the two hoists.

The new hoist has been in service since December 2019 without a single failure. This hoist will pay for itself in about 5 years based on the cost of the repairs that were made on the old Shepard Niles unit.

SEE OUR HOIST IN ACTION: 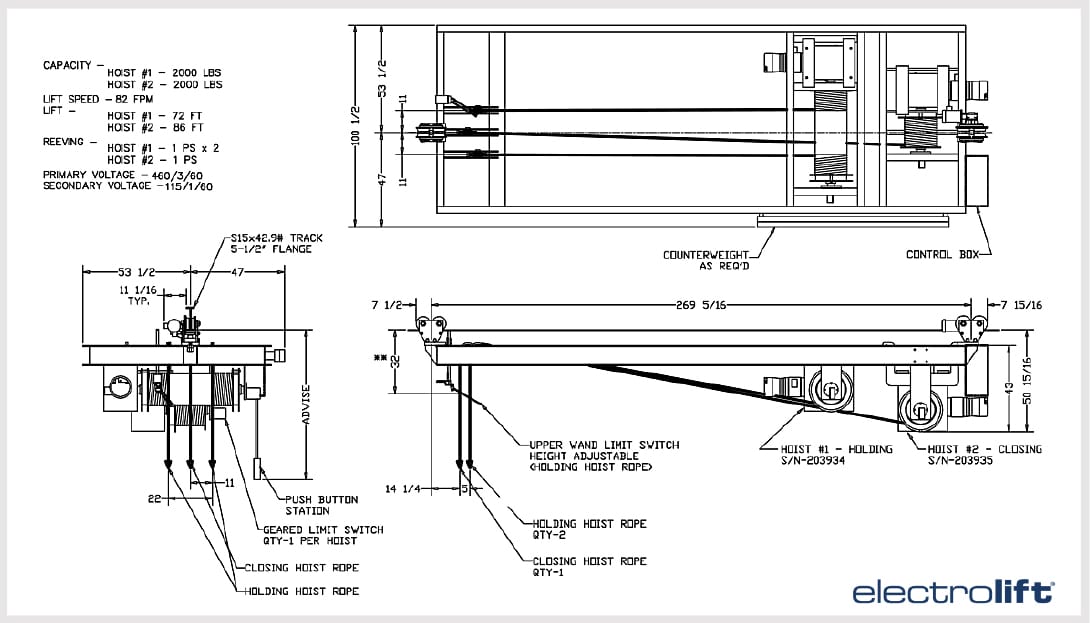 PDF can be viewed here