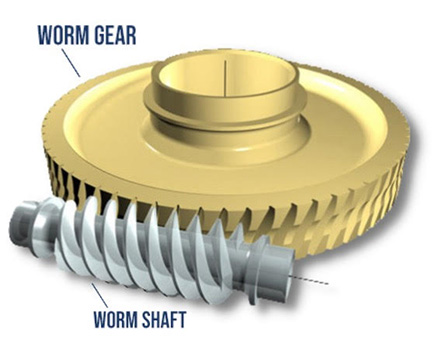 Worm gears have an inherent design advantage over other gear sets; the worm can easily turn the gear, but the gear cannot turn the worm. In lifting applications, this feature acts as a secondary brake due to limited back drivability.

In an industry where ‘load brakes’ and ‘regenerative braking’ are widely accepted, Electrolift offers the better option by using a worm drive gearbox as the secondary braking function.